24 November 2022
Dr. phil.
Franziska Koch, Assistant Professor of Global Art History, and four international emergent scholars in the field of contemporary Chinese Art invite those interested to submit papers for the Symposium “
Cohabitation – Worlding the Sinophonecene and Planetary Aesthetics in Contemporary Art”. The online event will take place on 3rd June 2023 and aims to explore the particularities of planetary aesthetics within the Chinese context – a region that , after historically suffering from the consequences of modern anthropocentrism and mass industrialization, has recently developed into the key driving force of global capitalism and extractivism. It is also a region which is intrinsically linked to traumatic experiences of imperialism and colonialism, followed by other authoritarian regimes, which effectively up-rooted earlier cosmological understandings and aesthetic negotiations of man’s (minor) place in the world.
The symposium will build on the productive debate around the concept of the Anthropocene which has been challenged by other critical concepts such as the Capitalocene or the Chtulucene. Consequently, the participants are invited to address the productive tension between these concepts and the most recent notion of a “Sinophonecene”– a term which highlights the considerable environmental impact of the greater Chinese region as one of the most densely populated areas on the planet. The organizers encourage papers (deadline 3rd December 2022) that focus on particular artistic practices rooted in the region which examine practices of cohabitation as a spatially-defined as well as an inter-species-related response to the debate and the global challenges it describes. Ideally, papers should respond to the question of whether a concept like “Sinophonecene” can open a new chapter of planetary (aesthetic) discussion or rather inverses the cultural essentialist, nationalist, and human-centered thought of a “Chinese way” that actually contradicts a relational positionality described by “cohabitation” and “worlding” practices?
The symposium constitutes the second international gathering of the
Research Network for Modern and Contemporary Art (ReNetMoCoCA) and hopes to institutionalize the format on a geographically rotating, annual, hybrid basis, invigorating the network that was founded in 2015. The informal, grass-root based association welcomes new members free of charge on application. Recently, the network has re-launched its blog and its
editorial team calls for news related with academic events, members’ publications, exhibition announcements or reviews, and job opportunities in the field.
GO TO ORIGINAL LISTING ON CATS WEBSITE 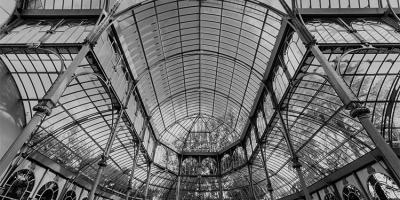