In April 2022, the
Volkswagen Foundation announced the conferral of an Opus Magnum grant to
Nikolas Jaspert – a Professor of History in Heidelberg and an occupant of a Bridge Professorship at the HCTS – to support his ongoing research in medieval maritime history. The Opus Magnum will provide funding for the research and publication of a monograph titled "Treasure of the Sea: A Maritime History of the Middle Ages [Schätze des Meeres. Eine marine Geschichte des Mittelalters]" (forthcoming Wissentschaftliche Buchgesellschaft). The monograph will challenge the common conception of the Middle Ages as an era of peasants, knights, castles and feudalism by engaging critically with this "terrestrial" model of interpretation. In contrast, the work will outline the medieval millennium (ca. 500 to 1500 AD) from a maritime perspective. The book will also build on Bruno Latour’s actant theory by highlight the agency of creatures and substances of the sea: from fish, seals, whales, to shells and mother-of-pearl, and sea salt, to name a few. The book will be a contribution to the relative new field of maritime history and will respond to a growing interest in human-environment and, in particular, human-sea relations as a subfield of the Environmental Humanities.
The Volkswagen Foundation/VK Stiftung is an independent, non-profit German organization for the promotion of research projects in all disciplines. Within the framework of changing funding initiatives, the foundation provides impetus for the development of research and higher education. The
Opus Magnum initiative is aimed at providing more freedom in the production of a larger scholarly treatise to professors from the humanities and social sciences who have already achieved a degree of renown by virtue of a previous outstanding research performances.
Nikolas Jaspert has been a Professor of Medieval History at the University of Heidelberg since October 2013. He is co-editor of the "Zeitschrift für Historische Forschung" (since 2009) and has been Co-Director of the Heidelberg Centre for Transcultural Studies (HCTS) since 2017. From 2010 to 2013, he was founding director of the Centre for Mediterranean Studies at the Ruhr University Bochum; from 2013 to 2017, he was president of the Société Internationale des Historiens de la Méditerranée. In 2020 he was elected as a full member of the Heidelberg Academy of Sciences and Humanities. In his publications and research projects, Jaspert focuses on Mediterranean, especially Iberian, history of the Middle Ages as well as on German-Spanish relations.
The Volkswagen foundation has previous awarded Opus Magnum grants to two other members of the HCTS:
Monica Juneja, Professor of Global Art History at the HCTS, received the grant in 2020 for her monograph Can Art History Be Made Global? Meditations from the Periphery; and
Barbara Mittler, Bridge Professor and Professor of Sinology at the University of Heidelberg, was awarded the same allocation in 2019 for her book No Parallel? The Fatherly Bodies of Gandhi and Mao. 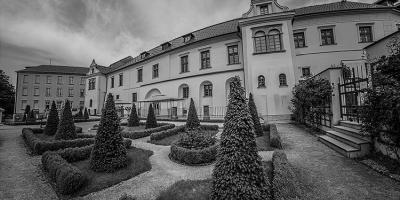